Why Work in Progress Schedules Are So Important 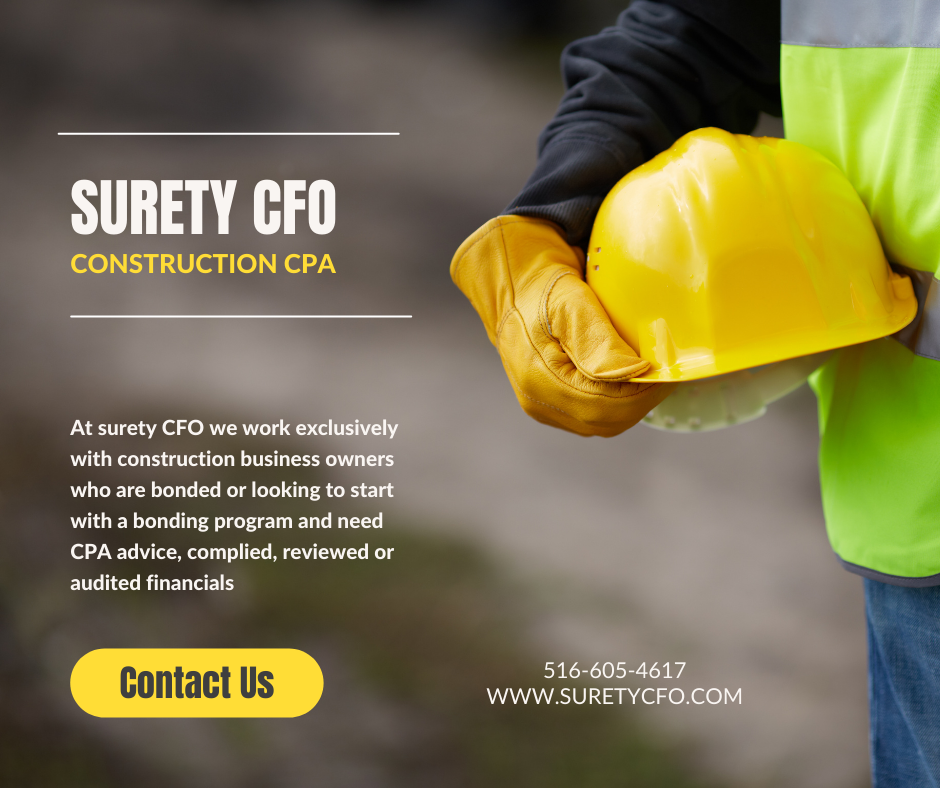 “Can you send me a WIP that goes with this statement?”

“Can you send me the fiscal year-end statement with WIP?”

I’m sure you’ve heard those questions or some variation of them too many times to count. But have you ever wondered why we specifically ask for a Work in Progress schedule (WIP)?

Let’s look at the reasons your underwriter is so WIP-obsessed.

First, the WIP is the source of all the information found on the balance sheet and income statement.

The revenue and profits that are shown on the income statement are taken directly from the WIP. The balance sheet lists Cost and Estimated Earnings in Excess of Billings (aka underbillings or UB for short) and the Billings in Excess of Costs and Estimate Earning (aka overbillings or OB for short). Those two numbers are also taken directly from the WIP schedule. Underwriters can get a deeper understanding of the income statement and balance sheet by looking at the WIP.

The next logical question is: HOW does looking at the WIP provide a deeper understanding of the balance sheet and income statement?

To answer that, let’s consider each document separately.

Let’s say an underwriter looks at an income statement and sees that the gross profit for the year is quite a bit lower than in prior years. Without looking at the WIP, the underwriter might conclude the company was struggling to make money on all their jobs last year. But the WIP can show the underwriter that all the jobs were as profitable as years before except for one large job lost that lost money. If that one job is big enough and the loss severe enough, it can drag down the overall gross profit number that is given on the income statement.

A situation where the total gross profit is dragged down by just one job is viewed much less negatively than a situation where the company saw reduced job profitability across the board. Every contractor will have a bad job here and there without it being an indication of a decline in the health of the operation. Furthermore, the next time the underwriter meets with the account, he can ask specific questions about the losing job which will give him a greater understanding of how the company operates.

Two accounts on the balance sheet that underwriters zero in on are underbillings and overbillings.

Because the WIP lists each job individually, the underwriter can examine each job’s UB or OB. A job that is in its early-to-middle stages and showing an UB is usually not cause for alarm. It is likely that the contractor has incurred costs and hasn’t had a chance to submit a progress billing to the owner. In the underwriting world we call these UBs “timing related.” They also can signal an unapproved change order on the job. These are almost always approved, and the contractor bills for it as soon as the contract allows.

However, if a job is nearing completion and there is a large UB, it can be a sign that the gross profit on the job has declined but the contractor has not recognized the decline. So why does this matter when looking at the balance sheet? Well, over the course of the job the company recognized some profit on the job and that flowed into retained earning where it became part of working capital and equity. Once the loss is finally recognized by the contractor, those previously recognized profits will get backed out of retained earnings. This means that at the time the WIP was produced, the working capital and net worth of the company were OVERstated. Working capital and net worth are the two key numbers underwriters use when determining how much surety credit to give a contractor.

As previously mentioned, OBs are a liability but not always negative. A job that is nearing completion and showing a sizeable OB may be a situation where the gross profit on the job is increasing. Remember the full name of OB: “billings in excess of COSTS and estimated EARNINGS.” As the name suggests, these are expenses and profits that the contractor has already billed for and therefore are probably sitting in cash or in accounts receivable (which will soon become cash). Some of this cash will go back into the jobs to cover costs, but some of it will be retained by the company as earnings. This means that at the time the WIP was produced, the working capital and net worth of the company were UNDERstated.

The above examples highlight how WIPs give an underwriter a deeper understanding of the numbers on the income statement and balance sheet, but they are far from the only benefits underwriters get from a WIP.

WIPs are also a great tool for assessing the quality of internally produced financial statements. As mentioned, the WIP shows the total balances of both overbillings and underbillings. Those balances also show up on the balance sheet.

When looking at a financial statement produced by a CPA, the overbilling and underbilling balances on the WIP are identical to the ones on the balance sheet. The same should be true of an internally produced statement — but often this is not the case. There are a number of reasons why this may be. Perhaps the company’s accounting software is not designed for construction accounting. Or maybe the person in charge of internal accounting is making errors. It could also be a situation where field supervisors are imputing job cost and billing data incorrectly.

Whatever the cause, such a discrepancy between the balance sheet and income statement causes the underwriter to question the accuracy of the whole financial statement. If an underwriter must use an internally produced statement that is known to contain some degree of inaccuracy, they may be more inclined to be conservative rather than aggressive. Conversely, if the underwriter has great confidence in the accuracy of the internally produced statement, they may be willing to be a bit more aggressive in their decision-making.

These are just a few examples to explain why underwriters love WIPs. While the list is far from complete, hopefully it is enough to help you understand why underwriters are so persistent in requesting them. 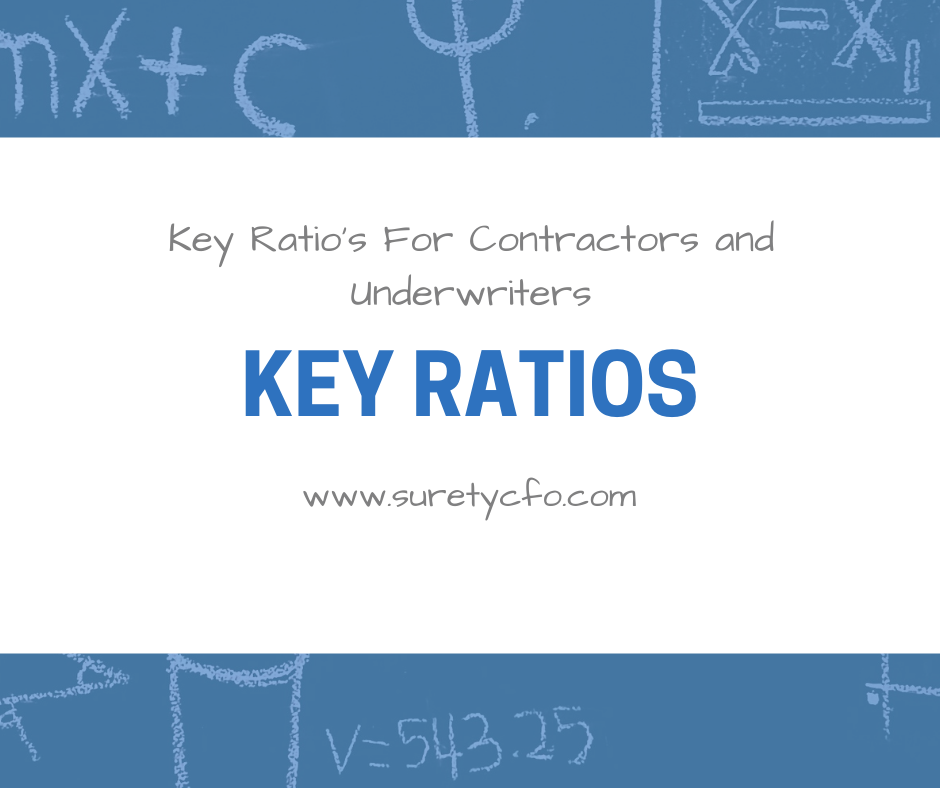 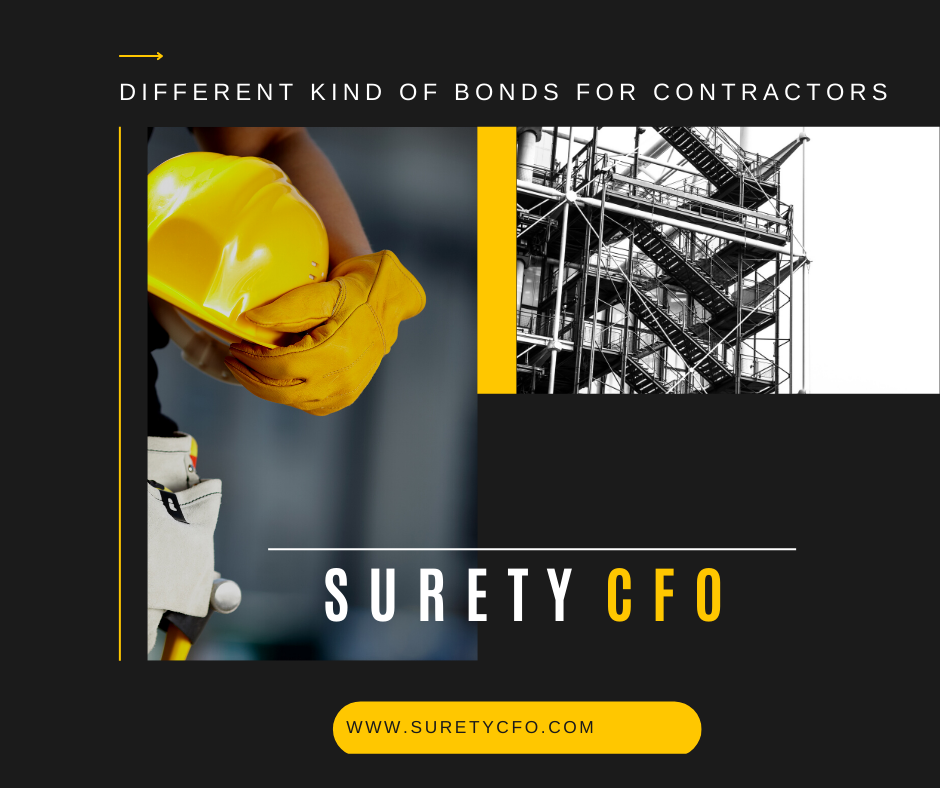 Different Kind Of Bonds For Contractors

Get our CFO for Contractor Tax Tips in your In-Box
Thank you! Your submission has been received!
Oops! Something went wrong while submitting the form.